The youngest and weakest of five brothers, Drakar was bullied by his siblings until he was forced to flee Korthal. On the streets of Ninkas, the Kingdom of Pleasure, Drakar learned to protect himself from the brutish barbarians who ruled the kingdom.

After years of experience as a mercenary, stories of Drakar’s conquests spread far and wide. Leveraging his fame, Drakar raised an army and returned to Korthal. He killed each of his five brothers one by one and then challenged his father to a battle to the death for control of Korthal.

Drakar caught the attention of Zur, the God of War, and Zur, sensing Drakar could be a powerful ally, infused Drakar with great dark magic power, more than anyone before him has ever received. Drakar will always be found at the front of any battle, wielding his two semi-circular battle blades to devastating effect. He moves so fast that, despite his size, he can only be seen as a red blur on the battlefield, until it is too late. 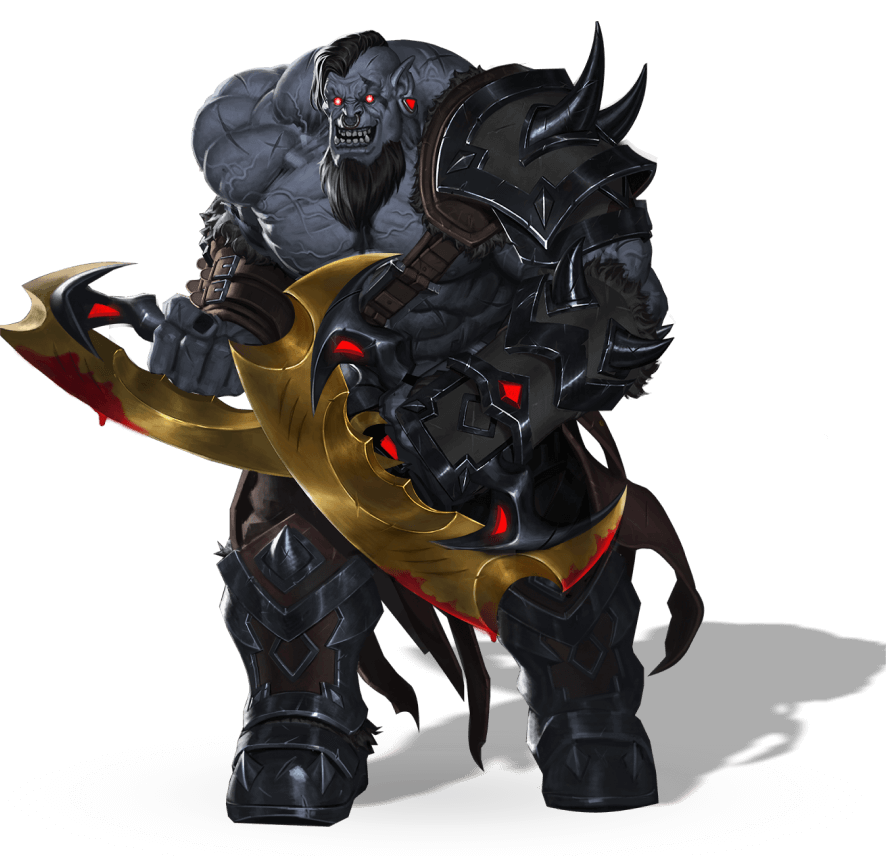 Rynn, the Darkest Blade, was kidnapped and raised from infancy in the Vats, laboratories deep in the underground of Sul’Nathox where dark elves corrupt the bodies and minds of their victims to create slaves and living weapons.

Rynn was an experiment conducted by dark elves who aimed to create the ultimate living weapon, an assassin that took orders without question, and could slay any living target. Eventually, Rynn was aided by Aldair, and the Kingdom of Knowledge, who helped her escape and deprogrammed her.

Now her own self again, Rynn has set her sights on destroying the Dark Elves that rule Sul'nathox. She has the look of a beautiful assassin, and uses her beauty to get wherever she needs to be. She makes a point not to target defenseless people, but will not hesitate to brutally kill any target she deems worthy of execution. Today, Rynn is employed by the highest bidder, but she only takes contracts she feels are just and worthy. Her ultimate goal is to destroy the Dark Elves who stole half of her life from her. 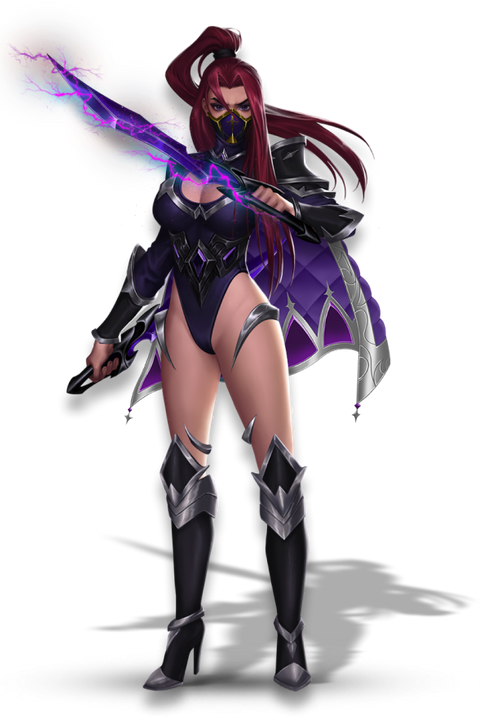 Alara is the most decorated general in Pertha, the Kingdom of Love. After witnessing the slaughter of her family at the hands of Drakar, Alara knew her entire life’s purpose was to enlist in the Perthan army and bring justice to those who prey on the weak.

hile Alara herself is noble and good, many Perthans feel she is headstrong, arrogant, cocky, and a loose cannon who does not represent the virtues of the Kingdom of Love the way she should.

Alara strikes fear into the hearts of even the most terrifying monsters. Flying over the battlefield using her divine wings, bestowed upon her by Telara, Goddess of Love, she strikes mercilessly from above with her axe, Telara's Wrath, decapitating her targets with swift and brutal efficiency. Alara’s unmatched skills on the battlefield make her one of Pertha’s most famous soldiers. 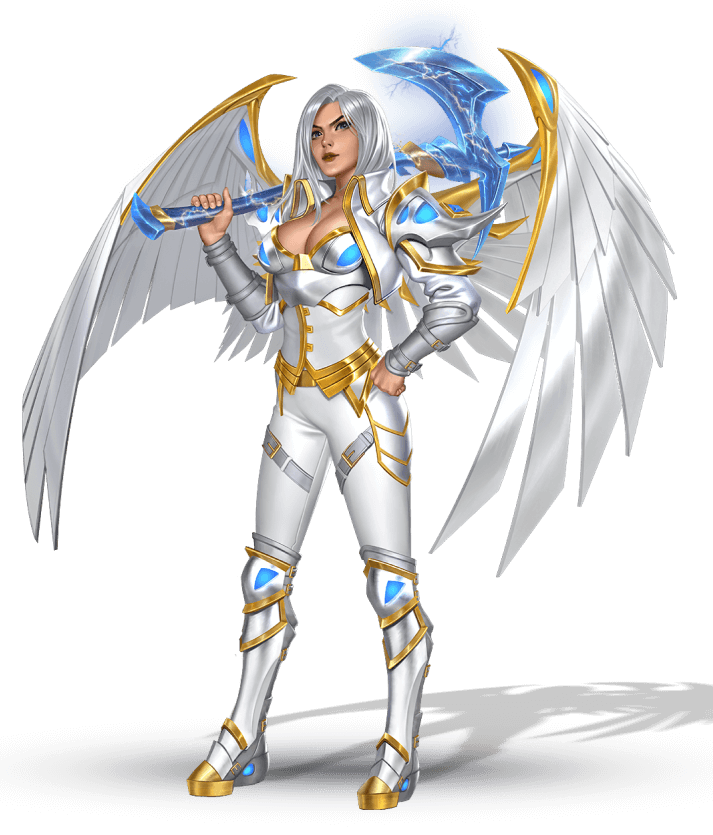 Members of Aldair’s race, the Oghnomi, will only die when they stop learning. Known as the Arcane Mechanist, Aldair, who is approximately 4,000 years old, is the premiere mind in the Kingdom of Knowledge.

He was chosen by Antioch, God of Knowledge, to represent Ondor in the Chosen Ones tournament.

Using a combination of magic and science to deadly effect, Aldair and his gadgets are an impressive force to be reckoned with. When he’s not in his lab inventing new gadgets, Aldair can be found scouring the land for members of his almost extinct Oghnomi race, and encouraging them to immigrate to Ondor where they can use their age and wisdom to protect the kingdom, and create a safe place for their race to rebuild its numbers. 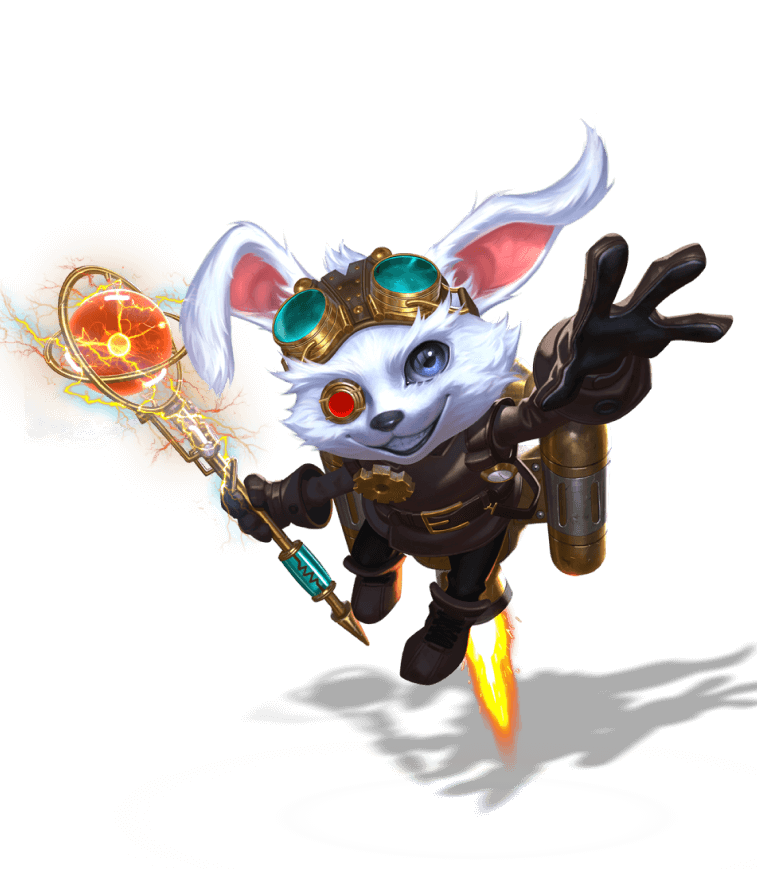 A truly ferocious creature standing nine feet in height and wielding a mace capable of causing small earthquakes, Kor is as mysterious as he is indomitable. The gem he carries provides him with unnatural longevity and strength.

To most, he is but a legend and only a few know a hint of truth about him from second hand accounts. Moldy journals and pulverized remains are all that remain of those who ventured into the forests of Northern Breno, and are the only hints of Kor’s existence to the outside world.

Kor is the reason none dare to tread in the forests of Breno, and he will crush anyone trying to harm his ancestral lands. If he desires to aid your cause, you will have a mighty ally. His enemies know only death, and the blow of his massive mace, Skull Crusher. 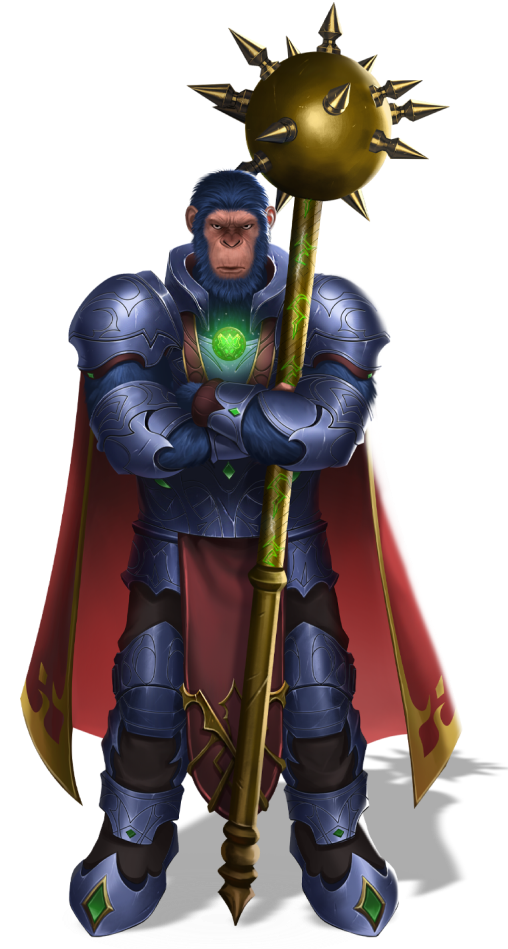 Copyright Chosen Ones. All Rights Reserved.

Need some help or got a question?
You're in the right place!